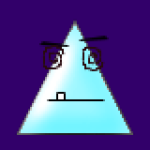 California has declared a state of emergency after announcing its first coronavirus death, bringing the US death toll from the disease to 11.

The 71-year-old man, who died in a hospital near Sacramento, had underlying health conditions and had been on a cruise ship, said officials.

The White House moved on Wednesday to expand testing nationwide for the disease.

There are now at least 150 reported US patients with Covid-19 in 16 states.

Worldwide, authorities have confirmed more than 92,000 cases of the virus, of which more than 80,000 are in China. More than 3,000 people have died globally, the vast majority in China.

Ten of the 11 US deaths were in Washington state, but the outbreak has also flared up in Texas and Nebraska.

Meanwhile Washington and Florida both declared states of emergency over the weekend to help prevent the coronavirus.

What do we know about the cruise ship?

It’s believed that the deceased California man became infected aboard the Grand Princess, a cruise ship which made a round trip from San Francisco to Mexico last month.

After the ship docked in San Francisco on 21 February, thousands more passengers boarded and thousands disembarked. The vessel then began a round-trip to Hawaii.

Some 62 passengers were on both the Mexico and the Hawaii trips. They have been restricted to their rooms for testing.

The Grand Princess itself is being held off the coast of California, and state Governor Gavin Newsom said 11 passengers and 10 crew members are potentially infected.

The ship is operated by Carnival, whose Diamond Princess cruise ship was quarantined last month after dozens of passengers tested positive for Covid-19 as it docked in Japan.

What other action is the US taking?

The US government currently prohibits entry to foreign nationals who have visited China – the epicentre of the outbreak – during the past 14 days.

US Vice-President Mike Pence said on Wednesday that any American can be tested for the coronavirus if ordered by a doctor.

Mr Pence, who is leading the US outbreak response, also said that the White House will begin on-camera briefings on the virus.

In addition, the US Centers for Disease Control and Prevention will lift existing restrictions on tests and provide new guidelines for speeding up exams for those who fear they are infected.

But some question how this promise will be kept, as public health laboratories insist their capacity for processing the tests is restricted.

There is also a question of cost, amid reports of uninsured Americans paying upwards of $1,000 (£780) for a test. The US House of Representatives approved $8.3bn in emergency aid on Wednesday to combat the coronavirus.

Some health officials have accused the Trump administration of a slow-footed response to the outbreak, and concerns have been raised about a nationwide shortage of test kits.

In response, President Trump blamed the shortage on regulations adopted by his predecessor, Democratic President Barack Obama. The administration claims it has lifted these regulations by allowing local labs to create their own tests.

Outside of government, United Airlines and Delta have announced cuts to their US flight schedules due to a drop in demand caused by worries over the virus.

What are the latest developments elsewhere?

The worst-hit country outside China is South Korea, which on Wednesday reported 516 new confirmed infections, bringing the total to 5,766. The country’s death toll stands at 35.

In an effort to curb the outbreak, South Korea’s Prime Minister Chung Sye-kyun has announced a ban on face mask exports.

Australia has meanwhile banned entry for all foreign nationals from South Korea. Two people have died from coronavirus in Australia, and another 53 cases have been reported.

Meanwhile, China has reported 139 new cases and 31 deaths, all in Hubei province.

Schools have been closed for at least 10 days in Italy, which is grappling with the worst outbreak outside Asia.

On Thursday, the International Monetary Fund announced $50bn (£39bn) of support for countries hit by the coronavirus. The organisation also warned that global economic growth was now expected to be below the 2.9% rate for 2019.

Is Ukraine Ready for the Next Russian Invasion?